by Carol Arnold and the Meadow Ridge Team

In Bob Russell’s almost 86 years of life, he has lived by this edict.

The electrical engineer spent his entire 35-year career at IBM, where he met his wife, Carol, then settled in Wilton, CT. There, the couple found a strong sense of community and quickly dove into community life. They raised two children and Bob volunteered on land preservation, library, and historical society committees and served on the town Board of Finance.

“I have such a love for the people and history of Wilton and wanted it to continue to be a great place for generations to come,” said Bob.

In 1992, he retired from IBM and soon embarked on his second career as a Wilton Selectman. “When I was in Florida, I started getting calls from people saying I should run for Wilton First Selectman, so I did,” he said.

Bob’s six years as Selectman were among Wilton’s most prosperous thanks to a thriving economy and his strong leadership. They enlarged all five schools to satisfy growing enrollment and added 350 acres of preservation land to the town property. Six more soccer fields were also constructed owing to the rising popularity of the sport spurred by Wilton native and Olympian, Kristine Lilly. 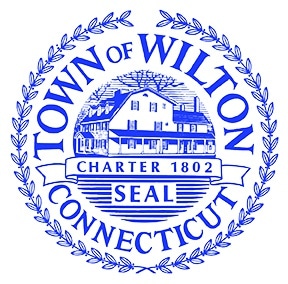 In 2002, Bob and Carol were appointed chairs of Wilton’s celebration of 200 years as an independent town. They oversaw all the festivities, including lining up entertainment groups and decorating the town to the nines. The event was a huge success, but in doing so, Bob made an interesting discovery—there had never been a complete book written about Wilton’s 300-year history.

So, that year, he embarked on his third career as an author and historian—spending hundreds of hours researching and writing. He culled through the Wilton Library’s archives that Carol had spent 15 years organizing. To uncover the history from 1900 – 2000, he spent countless hours researching at the Town Hall and local libraries.

A decade later, in 2014, Bob and Carol found themselves having lived in their Wilton home for 45 years. It was a lot of work to keep it beautiful, and they knew it was time to make a change.

“We realized we were getting older and wanted to look to the future. We knew we wanted to make one move rather than multiple in our efforts to scale down. We had watched Meadow Ridge being built and knew friends who moved there. We didn’t seriously consider anywhere else,” said Bob.

A big draw for the Russells was the community’s spacious grounds and wide range of care. They can continue their love of gardening and have all the care they need at their disposal—something that came in handy when Bob needed a knee replacement a few years ago and Carol a heart operation.

Also, they like being close to Wilton to continue their connections there and be close to their friends and doctors.

“We believe we have given a great gift to our children,” he said. “They are pleased that we are happy in our new community and are being well-cared for.”

Today, Bob remains passionate about serving his community. He serves on several Meadow Ridge committees, including for this year’s upcoming 20th-anniversary celebration. He’s also taken on a new cause — advocating for the cleanup of a former Redding industrial site.

“Nature is a hobby for both of us,” said Russell. “I have identified 15 different butterflies in our gardens and Carol is very good at identifying plants and flowers. We have a hummingbird feeder and see them daily.” The Russell’s are in Wilton once or twice a week at the Village Market, Library, Historical Society, and especially at the Farmers Market. They eat with friends about once a week at local restaurants, including Marlys, Bianco Rosso, Hunan and Aranche.”